To outsiders, Montreal is the only widely recognized city in the province of Quebec.

I flew an hour from Toronto to Montreal and transferred to a 45 min flight from Montreal to Quebec City during the wintertime.  The 2nd leg was on a prop-plane.  Ugh!  Talk about freaking out! I can fly very well but bumps and propellers require a special little prayer!

I was met at the airport by my weekend guide and even though I was a little disappointed to find out that he was from Montreal, I quickly grew to respect his knowledge and hospitality of the city he had adopted as his own.

See, I didn’t know much about the history of Quebec City, I  just knew it to be the birth place of “Winter Carnival“.  As a child, I celebrated Winter Carnival in my french class back in Toronto. We used to make wool sashes & paper “Bonhomme” snowman dolls and parade around our neighborhood in celebration of the festival.  So you can understand that when I saw this snowman  figure in the approaching distance, I reverted right back to that little girl, ran up to him with a big loser smile on my face and demanded a photo! Haha

My guide also brought me to the top of the Observatoire de la Capitale, an observation tower that offers stunning views of Québec City.  He even explained and showed me how Quebec City, Canada’s oldest city, defended its ports in the days of war.

A view of Quebec City’s port

We then walked around ice sculptures in the park and indulged in some hot chocolate and pastries (yummmm)!

As much as my visit in QC was wonderful, it was my hotel that sealed the deal.

I was in the ‘Ville de Québec’ for work, which allowed me to choose my own accommodations and I knew that I wanted my hotel to reflect the city.  I was tempted to stay in the Fairmont Frontenac hotel, like the average traveler, but I wanted something a bit more quaint.

After some serious research I found and booked my stay at the Auberge Saint-Antoine (a Relais and Chateaux property) which Travel + Leisure Magazine (@Travel_Leisure) named it as one of the top “Small City Hotels” and among the “Top 500 Hotels in the World” in 2009 and Condé Nast Traveler Magazine (@CNTraveler) said it was  “One of the best hotels in Canada”.  I was intrigued…

My driver took me through cobble-stone streets and let me out in front of the hotel which was located in the lower-port area of Old Quebec City.  Very unassuming.  The staff came out to greet me and came across as being very charming, genuine and kind.  The hotel was elegant, yet it felt like home.  When I was led to my room, the bellman was kind enough to share the hotels’ rich history and explained how the hotel came to be.  Turns out that each of the 6 floors was devoted to a person who once lived on the site. The floors start from the time of Charles Aubert de La Chesnaye (1632-1702) and the historic progression ends at the sixth floor with Andre-Eusebe Vallerand (1848-1914) who was an importer merchant in tableware and lighting. Being that thousands of artifacts were revealed during the 2003 expansion, each room is decorated with excavated pieces of this sites’ history.  One piece on display outside of the door, and one in the nightstand.  I love history and culture, so even though he did not know it at the time, I really appreciated the information.

Example of some of the artifacts on display around the hotel

We arrived at the room where a small box of river rock stones lay just before the door.  I looked down the hallway to see that all the rooms had this same box.  “For your boots”, said the bellman.  Duh!  Of course, I thought…

Quebec sees A whole lot of snow!  This was a great idea.

This is usually the time that I get most excited and sometimes let down.  I get to see if the pictures online can compare to the real thing.

Braced myself…looked in…and let out a sigh.  It was just as I hoped, it was gorgeous.  The room was a great size (for my needs), the bathroom had the most incredibly deep bathtub & heated tile floors (which is amazing in cold winter weather) and the room offered a small porch out of the private back door.  Ironically enough, even though my view did not look out at the St. Lawrence River, it included a view of the Fairmont Frontenac Hotel.  As I looked at it above, perched on the cliff, I thought…no regrets.

Overall, the hotel kept true to its’ old city charm with some boutique-like elements.

Open Wi-fi in the fireside lounge area (with every board game known to man!) was appreciated and it allowed me to ‘people’ watch as I checked my work emails.

Narrow lounge area with a fireplace was very comfortable and somehow seemed private.

Check-in, then walk down a few steps and order a drink in the lower bar/lobby area.

Overall, like many of the other reviews you’ll find on this hotel, it is a little pricey but I’d say, it’s worth it! 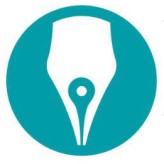