I couldn’t believe my luck when a former co-worker invited me to the Grammys’ in early 2009 and kept his word so that I could have this experience in late January 2010.

I have been able to do some really cool stuff in my time but this was a something I have always wanted to do.  I did as “The Secret” said and I “put it out in the universe”,  so it was kind of a big deal when the opportunity came to be.

Unfortunately, we were not allowed cameras on the red carpet or in the Staples Centre but since there was no security check or ticket verification in this highly “secured area” I figured I could snap a few and get away with it…

The entrance to the 52nd annual Grammys Red Carpet

Adam Lambert on the red carpet at the 52nd annual Grammys

On the red carpet stylin in my Brazen Hussy dress

Opening of the show!

All-star cast got together to perform “Earth Song” – a tribute to the King of Pop, the late Michael Jackson

As I was taking pictures and snapping away, my neighbours behind me, who were very impressed that I still had my camera, had asked  me to take a picture of them during a commercial break.  Finding out that they too were from Toronto was not only funny but kind of crazy  to think that of the tens of thousands of people in the Staples Centre that night, I end up sitting with people from Toronto and as it turns out from Montreal to my left too!

Seeing the whole production live was completely different from watching it on TV.  I was able to see that these televised awards shows are made for TV and not for the attending, viewing audience.  I watched random set changes during commercial breaks, poor lighting but at the same time, I’d have to say that I felt that Pink’s performance was meant for us all.  It was really spectacular!

The show was 3 hours long and unfortunately I was ignorant to think that I didn’t need to attend the pre-award telecast when in fact I missed most of the awards (or at least the interesting ones) of the night.

Hopefully I will have the opportunity to do this again but maybe I should put it out in the universe that I’d like to check out the Oscars next!   😉 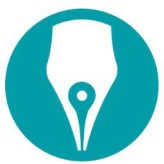